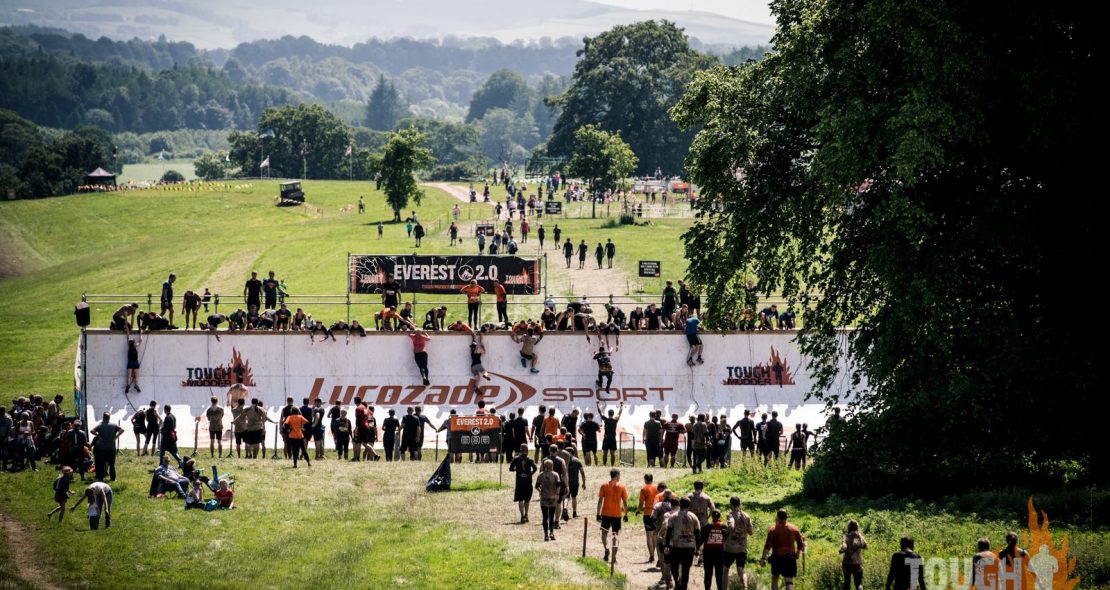 Congratulations to Blackzone athlete Jonny Mcdonald who won the Tough Mudder Scotland 2017 event held at Drumlanrig Castle! He completed the challenging obstacle course in a time of 1:32:12  – read his full race report below:

I started mid pack to hold myself back from pushing too hard to early but once the pack broke I found myself sitting fourth after about 400m and I saw that the three front runners were grouped and only going about 4:10per km.

With cash prizes first second and first I decided to push through the middle of them and pull away and see how much they were willing to push, only one of them came with me which surprised me, only 16-17km course there wasn’t much time for pissing about. Within 2km then one that came with me started dropping off. He was slower on the obstacles than as his technique wasn’t quite up there, and this seems to knock him as his pace seemed to be dropping as well so I push away to put a good distance between us and try and get out of sight to stop him chasing me and I decided to scrap my three lap plan and push hard and try to take a podium at least.

He came and went behind me until about 12km where him and another boy caught me on one of the many hills but I had just finished an obstacle that they had to still do so although we were only a few metres apart I had about a 30/40 second advantage and seeing them I pushed away again starting to think at this point that a good strong finish could get the win, they both stayed behind by about 40 seconds which was ideal as I was out of sight for the majority of the last third of the race and with about 1500 metres to go all I had to do was ensure no penalties on the last two obstacles which I managed to do and finished around a minute ahead of 2nd and 3rd in 1:32 five or take a minute.

Took my first cash prize of £500 and ended up still going ahead and doing my three laps anyway, delighted with the win against racers I have never beat before and feeling good about having managed to get a good solid 50km training day in over around 9hrs in total which really what this weekend was all about.

Thanks again for all the help I still keep amazing myself at how far I come on race day, it’s hard to see it in training but this makes it all worthwhile.