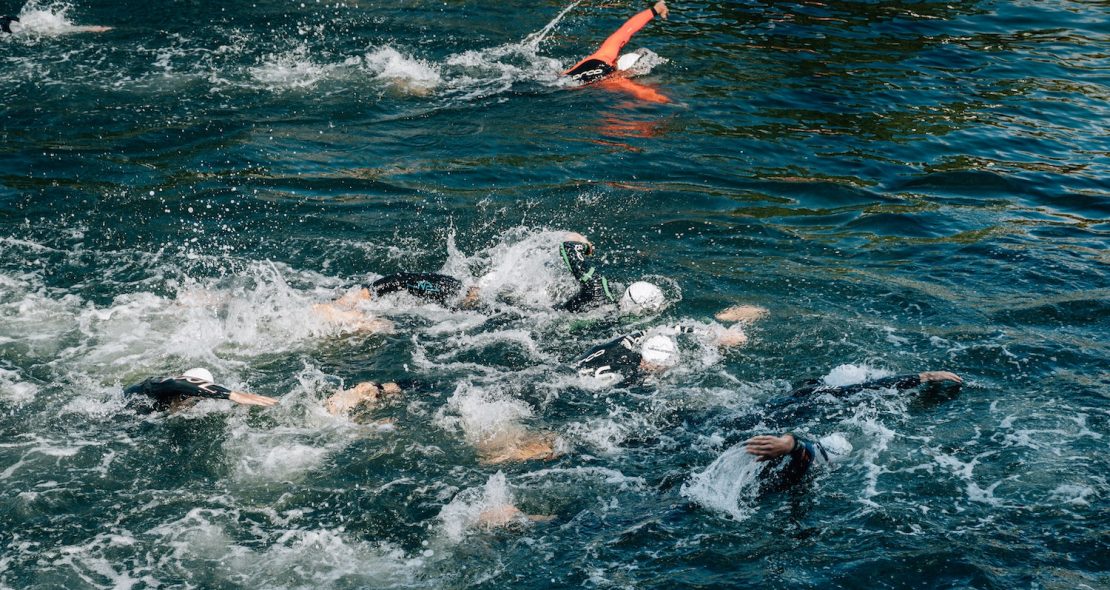 We’ve picked seven of our favourite UK triathlons for you to do in 2021 for a bit of winter motivation as we all continue to plan and train for next season. If you managed to sneak an event in during the tumultuous year that 2020 was then your season could already be deemed a success as for most the entire year was written off. Whether it’s difficulty, prowess, the most scenic of routes or pure competition, our list has something for everyone. In no particular order, here are our top UK triathlons.

Blenheim Palace offers something for everyone whether you’re just getting into triathlon, or are a seasoned elite or age group racer. The stunning course around the World Heritage Site in Oxfordshire is just one of the reasons this event has previously been voted amongst the the UK’s best triathlons of the year. Choose between a Sprint distance, Super Sprint or the Weekend Warrior which sees you complete as many Sprint Distance races as you can over the weekend of racing.

Widely regarded as the toughest multi terrain triathlon in the UK, the Snowman seemingly is the race to do if you’re looking for the ultimate test in swim, bike, run without heading abroad. Offering four distances to tackle: Sprint, Standard, Legend, and Savage, the Snowman showcases every aspect of the tough, rugged North Wales countryside around Snowdonia has to offer.

The Sprint (750m swim, 31km bike and 6.1km run) and Standard (1500m swim, 69.2km bike, 8.4km run) are tough in themselves with their off road parcours, while the Legend presents a tough test with its 1900m lake swim, 92km bike leg and 21.1km run. If you’re up for a multi-day challenge then the Savage presents a good test with the sprint distance on Saturday and the Standard on Sunday counting towards your overall time.

Find out more about the Snowman Triathlon here.

Another swim, bike, run event well known for its tough course, the Helvellyn Triathlon takes place in the Lake District, an area of beauty well known for its hilly terrain. The race gets underway in the clear waters of Ullswater Lake, the second largest in the English Lake District, before heading out on the bike leg that tackles the infamous “Struggle” to the top of the Kirkstone Pass. The run route is then what gives this event its name – tackling the Helvellyn mountain, the third biggest mountain in England at 3,118ft.

Well known for drawing an elite field now, Helvellyn is near as tough a test that you’ll find in the UK. Find out more here.

Organised by the same team as the infamous Norseman and Swissman triathlons, the Celtman! Extreme easily lives up to its name and more thanks to its incredibly testing course in the Torridon mountains, Scotland. The official website quotes, Read the race information carefully before entering as you may have to endure cold water, strong winds, driving rain and difficult conditions on the mountain with low visibility.

Starting with a 3.4km swim in the icy temperatures of Loch Shieldag, the race then takes you over a tough 200km bike leg over the stunning Highland roads before heading off road for a 42km run covering two Munros – the name for any Scottish mountain over 3000ft.

A brand new format for triathlon in 2021, the 255 takes your well known Ironman distance and goes one better to create the world’s longest single day triathlon. Kicking off with a 5km swim, followed by a 200km bike leg, the event then culminates with a mighty 50km run to finish.

The inaugural 255 is being held at Goodwood Motor Circuit in 2021 in West Sussex, swimming in the nearby Westhampnett Lake before heading onto the historic motor racing circuit. Covering laps of a closed circuit means that not only is the lengthy bike leg completely traffic-free, but it allows for ease of spectator support along your monstrous day out too. Triathletes tackling this huge ultra-endurance event will have a maximum of 18 hours to complete the full distance.

If you’re looking for a hugely popular event that blends elite racing to experience alongside a range of amateur events too then the AJ Bell Leeds Triathlon is a great place to race. Offering both Sprint and Standards distance events, the Leeds Triathlon is another great event opportunity to get into triathlon on a fairly fast and easy to navigate course.

The event also plays host to the British Standard Distance Triathlon Championships in 2021, as well as the Yorkshire Championships, ensuring that the event draws a stellar field making for a great weekend of racing to both watch and be a part of.

Find out more about the Leeds Triathlon here.

The UK’s only full distance official IRONMAN event, Bolton might not sound like the most picturesque backdrop to a triathlon, but it’s renowned for its spectator support as well as its impressive town centre finish. As an official IRONMAN event, Bolton carries 40 qualifying slots for the IRONMAN World Championship 2021 in Kailua-Kona, Hawai’i – making it an important race in the calendar for those looking to head to Kona.

If you’ve entered a triathlon next year or are interested in staring and would like help with your coaching from Blackzone Coaching, simply get in touch today and begin discussing how we can help you be your best.